Menu
Get in touch

Quest Software, also known as Quest, is a privately held software company headquartered in Aliso Viejo, California, United States with 53 offices in 24 countries. The company was founded in 1987.

The company is known for Toad, a product used by database professionals, in addition to other offerings for Microsoft Azure cloud management, software as a service, security, workforce mobility, data-driven insight, and backup and recovery.

Quest Software was acquired by Dell in 2012, for $2.36 billion to form Dell Software. In June 2016, Dell announced the sale of their software division, which included the Quest, SonicWall, and One Identity businesses, to Francisco Partners and Elliott Management Corporation. On October 31, 2016, the sale was finalized.

The Hewlett-Packard Company (commonly referred to as HP, and stylized as hp) or Hewlett-Packard was an American multinational information technology company headquartered in Palo Alto, California. It developed and provided a wide variety of hardware components as well as software and related services to consumers, small- and medium-sized businesses (SMBs) and large enterprises, including customers in the government, health and education sectors. In 2015, it was split into two separate companies, HP Inc.. and Hewlett Packard Enterprise.

VMware, Inc. is a publicly traded software company listed on the NYSE under stock ticker VMW. Dell Technologies is a majority share holder. VMware provides cloud computing and virtualization software and services. It was one of the first commercially successful companies to virtualize the x86 architecture.

VMware’s desktop software runs on Microsoft Windows, Linux, and macOS, while its enterprise software hypervisor for servers, VMware ESXi, is a bare-metal hypervisor that runs directly on server hardware without requiring an additional underlying operating system.

Veritas Technologies LLC is an American international software company that was founded in 1983 as Tolerant Systems, renamed Veritas Software Corporation. in 1989, merged with Symantec in 2005, and was bought out by a equity firm in 2016. It was headquartered in Mountain View, California. The company specialized in storage management software including the first commercial journaling file system, VxFS, VxVM, VCS, the personal/small office backup software Backup Exec and the popular enterprise backup software, NetBackup. Veritas Record Now was an early CD recording software. Veritas was previously listed under the VRTS ticker symbol, but is now a privately owned company.

ManageEngine is the Enterprise IT Management Software division of ZOHO Corp. Founded in 1996 and known until 2009 as AdventNet Inc., The Corporate office of ZOHO Corp. is located in Pleasanton, CA with offices in North America, Europe and Asia. ZOHO Corp. is privately held.

ZOHO Corp. serves a diverse range of enterprise IT, networking and telecom customers. ZOHO Corp. has achieved impressive growth over the years and has been a rock-solid supplier and partner, with sound financials.

IBM manufactures and markets computer hardware, middleware and software, and offers hosting and consulting services in areas ranging from mainframe computers to nanotechnology. IBM is also a major research organization, holding the record for most patents generated by a business (as of 2017) for 24 consecutive years.  Inventions by IBM include the automated teller machine (ATM), the floppy disk, the hard disk drive, the magnetic stripe card, the relational database, the SQL programming language, the UPC barcode, and dynamic random-access memory (DRAM).

Nutanix is a hyper-converged infrastructure pioneer that markets its technology as a building block for private clouds.

The company was founded in 2009 by Dheeraj Pandey, Mohit Aron and Ajeet Singh, and it is based in San Jose, Calif.

Let’s develop the right digital solution for your business. 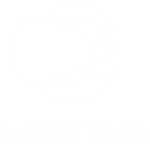